Single vs Two-Stage vs. Variable-Speed ACs for Denver Homes 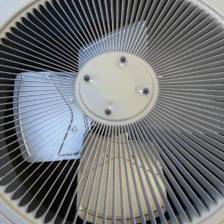 If you’re in the market for a new air conditioner, you’ve probably noticed terminology like single-stage, 2-stage and variable speed air conditioners.

So, which one is best for your Denver home?

You see, a variable-speed AC is the most ideal option for both comfort and efficiency. However, if your budget doesn’t allow for the higher upfront cost of a variable-speed AC, we highly recommend choosing a two-stage AC over a single-stage.

To help explain our recommendation, we’ll go over how each system works and point out the pros and cons of each.

Lower energy efficiency: Given Denver’s moderate summer climate, it’s likely that around 80% of the time, you won’t need an AC that runs at full blast to cool your home. Which means that you end up paying for more energy usage than you really need.

Think of a single-stage AC as a car that’s driven in short, very fast bursts. It eats up a lot more energy than a car that’s cruising at a steady pace down the interstate, and it’s not the most efficient way to get from point A to point B, right?

Short-cycling: Because they run at full-blast, a single-stage air conditioner will run for very short cycles over and over (called “short-cycling”), it can lead to frequent, expensive repairs and a shorter system life span.

Two-stage air conditioners have compressors that can run at 2 speeds: high and low. So, during mild summer days (such as the majority of Denver’s summer days), your AC will only run at a steady, low pace to cool your home. But on very hot days it can also ramp up to full blast speed to keep you comfortable. Usually the “low” speed operates at 60-70% of the high speed.

Efficiency: Let’s go back to our car analogy. A car that’s driving at a steady pace eats less gas than a car that’s driving very fast but constantly stopping and starting. And that’s how a two-stage AC works. Eighty percent of the time, the system relies on the low speed to cool your home which means less energy is used.

Longer, quieter cycles: Running at 70% of its full capacity allows a two-stage air conditioner to operate much quieter than a single-stage AC.

Unlike a two-stage unit, which only has 2 levels of cooling, a variable-speed unit can alter its cooling capacity gradually, as much as 35% of its total capacity.

Most comfortable of all options: Variable-speed ACs offer only the exact amount of cooling your home needs at any time. For example, on very hot days, a variable air conditioner can ramp up its capacity to whatever might be needed to cool down your home quickly (let’s say it uses 60% of its capacity). But once your home cools down, it automatically switches to a lower capacity to keep your home right at your desired temperature.

Most efficient: Because they can ramp down to 35% of its capacity, variable-speed ACs save you a lot of money, especially in climates that get moderately warm, like Denver.

Think of it this way: Why pay extra to have your AC run at 100% capacity when it could get the job done by working at 35% capacity?