“Help! My Outdoor Faucet is Dripping!”

So, here’s the story: Karen S, an Aurora homeowner, called us saying that the faucet in her backyard was leaking.

Given that this problem can waste a lot of water, we dispatched Ron, one of our expert plumbers, right away to check things out.

What Ron found was that the pipe that went to the outside faucet had burst, and the pressure-reducing valve was busted, too.

Let us explain this issue in a bit more detail by focusing on what a pressure-reducing valve does. 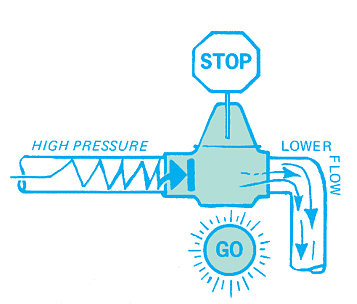 A pressure-reducing valve is designed to do two things:

What happened with Karen is that her pressure-reducing valve broke, causing the increased water pressure to break the pipe and the outdoor faucet to leak water.

So, what did Ron do?

The solution: Replace the pipe and pressure valve

Ron removed and replaced the busted portion of the pipe leading up to the outside faucet. He then replaced the pressure-reducing valve with a new one, keeping Karen’s pipes protected.

Here’s what Karen had to say about her experience.

“We had a burst pipe that went to our outside faucet, but the pipe was inaccessible from the inside. Ron had to work in a tight space to remove the portion of the pipe that was bad to install everything. He also replaced our Pressure Reducing Valve which had busted, too. He was efficient and clear in all the work he did and even made sure he could come back the next day when we had a problem with the water company and our water shutting off.

Ron did an excellent job, and at no point did I feel pressured to have more work done than was necessary. He was thorough in his explanations and apologetic when he was unable to take care of the job without the water company coming out to shut off our water. He made an extra effort to return the next day right after we were able to have the water shut off, and he finished the job without a problem. I would strongly recommend him and Plumbline.”